The dawn of the year of Our Lord 2011 found Worship, a liturgical journal published by the monks of Saint John’s Abby in Minnesota, entering its eighty-third year of publication.  Known as Orate Fratres before 1951, the journal was originally edited by the famous liturgical theologian Dom Virgil Michel OSB.  According to it’s current website the primary aim of the journal is “to develop a better understanding of the spiritual impact of the liturgy and to promote active participation on the part of all men and women in the worship of the Church.”

Pope’s attitude regarding liturgical reforms already well underway.  In the same issue that Worship notes the proliferation of support for the liturgical reforms by citing Bishops, laity and scholars from Spain to Louvain, their concern for an unknown future is evident.  “Ever since the election of the new Pope, letters and telephone calls have inquired whether it is likely that he will carry forward the liturgical reforms initiated by Pope Pius XII.  Quite frankly, we wish we knew.”

Such uncertainty and hesitation in their evaluation of John XXIII would not last long.  It is with great excitement (and perhaps a hint of pride) that the following report is given in spring of 1959: “for the first time in nearly a hundred years, the Pope celebrated Mass in St. Peter’s on Christmas day for the people of Rome… at his expressed wish, it was a dialogue Mass.”

Worship, during the late ‘50’s and early ‘60’s, is both a pastoral and theological journal.  It’s written both for an educated and invested laity, and for those Pastors seeking practical advice on how to “revitalize” (a frequently used word) the liturgical life of their Parish.  Through all of this Worship strives to hit a tone of hierarchical respect, faithful ressourcement, and attention to the changing signs of the times.  It attends to the parish as the unquestioned center of Catholic culture, clarifies practical questions about celebrating Mass, and supports devotional practices – especially those associated with Our Lady.

END_OF_DOCUMENT_TOKEN_TO_BE_REPLACED

As for this mortal life, which ends after a few days’ course, what does it matter under whose rule a man lives, being so soon to die, provided that the rulers do not force him to impious and wicked acts.

Augustine’s above words might need a bit of contextualizing—clearly some rulers are better than others—but they do provide a healthy dose of perspective for faithful citizens as the race to chose Caesar’s modern day successor comes to occupy more and more of our airwaves and much of our mental territory as well.  The political process itself can become an idol, particularly in the age of cable television and the blogosphere, when off-hand comments by politicians and their supporters are whipped into a froth of headlines, commentary, and spin to feed the never-ending news cycle.

Some of this dynamic—our media addiction to controversy and spin—has been in play over the past several weeks in the brouhaha over Republican presidential candidate Mitt Romney’s Mormon faith.  Talking heads nearly spun with glee when a supporter of one of Romney’s opponents, a Baptist minister, declared that Romney isn’t a Christian.  Other candidates and observers were quick to pounce.  Time’s Jon Meacham used the opportunity to attack the “religious right” and its “religious bigotry.”  Romney had already declared, according to Meacham, that “he would be loyal to the country and the Constitution, not his church.”

END_OF_DOCUMENT_TOKEN_TO_BE_REPLACED

Homily for the 31st Sunday in Ordinary Time, Year A 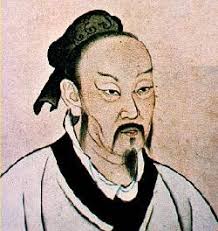 At first glance, it seems that following Jesus involves abandoning all formal names and official titles—teacher, father, master—as if the Church should be some sort of folksy commune.  And there are at least some Christians who look upon the Catholic custom of calling priests “father” as sure proof of their ignorance of Scripture.  However, not even the first generation of Christians took Jesus to be condemning all names of social standing.  After all, the Evangelists don’t scruple to call Joseph and Mary the “father and mother” of Jesus (e.g., Lk 2:33).  St. Paul even calls himself the “father” of the Church in Corinth, reminding them, “I became your father in Christ Jesus through the gospel” (1Cor 4:15).

But if Jesus isn’t simply condemning the words “teacher,” “father,” and “master,” what is he up to?  There’s a similar episode from the life of the Chinese Philosopher Confucius that may give us a clue. END_OF_DOCUMENT_TOKEN_TO_BE_REPLACED

In a prior blog a long time ago I wrote about Jesuit reform and what it should look like.  I offered a couple of suggestions in a post entitled “Jesuits, Legionaries, and Reform”:

For a second example, I think many of us Jesuits watch too much TV. Would a Legionary do that?  Probably not.  Could we cut out a lot to make more time for prayer?  Yes.  So I would recommend these two to ourselves as possibly ways of beginning renewal: increasing our prayer and cutting out television.  These are two things I offer to my brother Jesuits.  We are in desperate need of renewal.  This is no time for us to gloat at the Legion.  Instead, let us look deeply into ourselves and “rend our hearts, not our garments.”
But I would also like to hear from you, the readers, about how you observe the Society of Jesus. This is how transparency works.  The Legion was not able to self-criticize, and so this fed into their downfall.  So I think for me, Lent would be much more beneficial if I can hear some criticism about the Jesuits from you.  What do we need to change? How do we need to reform? This is what I will ask in the next post.

I did subsequently ask for suggestions in the post “So, In Your Opinion, What Reform  do the Jesuits Need?” and I received 76 responses.  In a spirit of Ignatian repetition, I was looking over some of those, and this particular response stood out to me.   END_OF_DOCUMENT_TOKEN_TO_BE_REPLACED

Homily for the 30th Sunday in Ordinary Time, Year A

For the folks a Gesu parish.  With a partial credit to C.S. Lewis’ essay, “First Things and Second Things” …

The whole law and the prophets depend on these two commandments (Mt 22:39-40).

In today’s Gospel, Jesus leaves us his classic formulation of love, a teaching so simple that a child could grasp it, and yet so challenging that not even the saints quite live it.  Christ clearly distinguishes between love of God and love of neighbor, calling love of God the first and greatest commandment and love of neighbor the second.  But even though he distinguishes them in this way, Jesus does not separate them.  He instead insists that the second is like the first, and uses the same Greek word for both God-love and neighbor-love (ἀγαπάω).

By ranking and relating God-love and neighbor-love in this way, Jesus establishes an order of loves—a hierarchy of first things and second things.  There’s a certain rule that applies to everything arranged in this way, a rule that we’ll call the rule of “second things.”  The rule goes like this: whenever we prefer the lower to the higher, the part to the whole, and—in general—“second things” to “first things”, we lose not only the first thing (which one would expect), but we lose the second thing as well.

Illustrations of this rule are everywhere. END_OF_DOCUMENT_TOKEN_TO_BE_REPLACED

Or, like the “Occupy Wall Street” movement, would the precipitating awareness that would lead you to join such a movement simply be a recognition of the intractibilty of the the near invisibility, in everyday church governance, of the overwhelming majority (all non-ordained persons) as compared to the small minority (the ordained)?

At Mirror of Justice, on October 10, a Jesuit, Fr. Robert Araujo, SJ, responded:

Did it occur to him that the teachings of the Church are not designed to reflect what any society appears to want at any given time? Still, he imaginatively pits the “overwhelming majority (all non-ordained persons)” against “the small minority (the ordained).” I happen to be in the latter category, but I find the reality of being one of the ordained unlike the broad characterization offered by Professor Beaudoin does not pit me against those whom I am called by my particular vocation to serve. END_OF_DOCUMENT_TOKEN_TO_BE_REPLACED