Whenever I’ve got a couple of weeks off from classes, I like to find a few things to read that take me away from the field of theology, since that’s what I’m reading during the school year. I typically pick up novels but I recently came across a great book of history. Here is the list of books that I have started to read. As always, I’ve bitten off more than I can chew and will read some or all of the following: 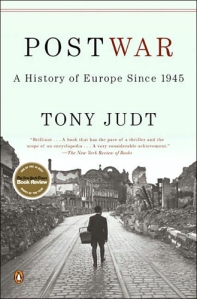 1. “Postwar” by Tony Judt (Penguin 2005). Begun as a response to the events of 1989, this book chronicles events in Europe after 1945. Judt takes advantage of the newly opened archives in Eastern Europe and Russia to tell a version of history that more adequately accounts for where we find ourselves now. I’m a chapter into it and have already been blown away by some of his insights.

END_OF_DOCUMENT_TOKEN_TO_BE_REPLACED

I hate all these year-end lists. I also love them. The first couple I read were great: Roger Ebert’s ten best films of 2009, Pitchfork’s 25 best albums of the decade. I think it was right when I read Rolling Stone’s 100 best albums of the decade, however, that I started to realize just how much the lists are hokum. Bogus. I realized this first not through any logical process of thought, but through the waves of intellectual nausea that would overwhelm me anytime I saw another list advertised. (I kept hearing myself say, “I just vomited a little in my soul.”) So I have been trying to figure this out. What’s so bad about lists? END_OF_DOCUMENT_TOKEN_TO_BE_REPLACED

The Hope of St. Peter Canisius

St. Peter Canisius, SJ (1521-1597), whose feast the universal Church celebrates today, is perhaps the most prosaic saint of the Catholic Church.  He passed his adult life trudging from town to town, stoking the smoldering embers of the Catholic faith throughout Western Europe.  Indeed, the continuing presence of the Catholic faith in both Austria and Bavaria owes much to his tireless labors: he founded 18 colleges, wrote 37 books, published a catechism that went through 200 printings, and threw himself into preaching and administration of the sacraments.

One aspect of St. Peter’s life that I continue to find comforting is the great spiritual harvest that God accomplished through his mediocre talent. END_OF_DOCUMENT_TOKEN_TO_BE_REPLACED

I have two questions for our readers based on recent developments.

The first question: Was the Nelson compromise in the Senate an acceptable one? Obviously it is not an ideal one. But there is never a case in politics where the ideal wins out.  As far as I can tell, Nelson’s imput to the Senate passed bill allows states to decide whether federal subsidies for health care can be used on packages that include abortion coverage.  In other words, it throws the issue back to the states, which is what overturning Roe vs. Wade would do anyway.  Of course, this compromise means that there will be states where federal funds — your tax dollars — would indirectly fund abortions.  However, it also means that many who do not have health coverage will receive it.  Does the principle of double-effect apply here? Can we say that this is better than no reform at all?

Second question.  Today Rev. Jerzy Popieluszko, the “Solidarity Chaplain,” was declared a martyr by Benedict XVI.  He was killed by communist secret service in 1984.  I think this is great of course.  But it causes me to wonder: Why has Archbishop Romero not been similarly declared a martyr? And then my cynical side comes out and thinks: Is it because Jerzy was killed by left-wing fascists, but Romero by right-wing ones?  Any thoughts?

“Secular Christmas”: A Critique of the Critique

The lights are twinkling, the Salvation Army bells are ringing, and Christians are up in arms against the supposed secular “war” on Christmas: it’s definitely Advent.  And when I see the ploys of an aggressive secularism (see exhibit A, above) that would remove any mention of the name of Christ from Christmas, I’m liable to join their outcry: “Holiday” trees just don’t seem right.

But alongside this—let’s call it—“aggressive secularism,” there is another secularism at play at in our culture.  This second secularism is one that practically no longer believes in the reality of God.  It does not actively work to remove God or Christian symbols from the public square, but does so rather by apathy. END_OF_DOCUMENT_TOKEN_TO_BE_REPLACED

Regina Spektor first gained some notice when she made a guest appearance on a forgettable Ben Folds song.  She had a striking voice, but she made no great impact.  What has propelled her to much greater attention has been her song “Laughing With.”  It is a powerful song about God, and it led me to buy her new album, Far.  What becomes clear from even a quick listen that she is blessed with a great voice and a sensibility that is as comfortable poking fun at 80’s music (the obvious “Dance Anthem of the 80’s”) as she is talking about the deep questions.  Her fun stuff is everything you might want: catchy, engaging, and bubbly. But I want to pick apart two of her deepest songs to expose some of what I think is going on.

The first lines of “Laughing With” reflect the old saying, “There are no atheists in foxholes.”  She twists the thought around laughter:

END_OF_DOCUMENT_TOKEN_TO_BE_REPLACED

A news item about which some WD readers may be interested:  A new online Jesuit journal, the New Jesuit Review, has recently been launched.  According to the review’s statement of purpose:

The New Jesuit Review has as its goals the recovery of Jesuit spirituality from its authentic sources and reflection by contemporary Jesuits on its significance for their lives.  The writings of St. Ignatius and the First Companions, the lives of Jesuit saints and martyrs, and classics of Jesuit spirituality are examined in the spirit of Perfectae Caritatis, the Decree on the Adaptation and Renewal of Religious Life of the Second Vatican Council.

Articles in the first volume include: “The Self-Sacrificing Pastor: Anthony Daniel in the Year of the Priest,” by Archbishop Terrence Prendergast, S.J.; “‘Circa Missiones‘: on the Jesuit Fourth Vow,” by Fr. Kevin Flannery, S.J.; and “Ignatian Spirituality and the Apostleship of Prayer,” by Fr. James Kubicki, S.J.

Ignatius at the Movies: “The Road” and “Brothers” 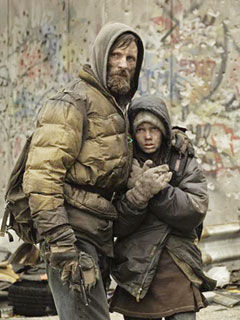 “The Road” is an Advent movie.  It is about a child who carries the flame from an old world into a possible new world.  It is about a child who is the word of his father, and his Father, if indeed there is a Father in a world that seems orphaned. As the father says early in the film: “If he is not the word of God, God never spoke.” Spoken about his son.  And what father would not say the same?  Yet we say it too as we prepare for Christmas, for this is what makes Christianity unique.

For anyone who has read Cormac McCarthy, the movie does not capture the book. McCarthy’s prose is too dense to be captured.  Sometimes words can say more than images, to reverse the common cliche.  But that being said, the movie captures much of the book, particuarly by retaining its iconography.   END_OF_DOCUMENT_TOKEN_TO_BE_REPLACED 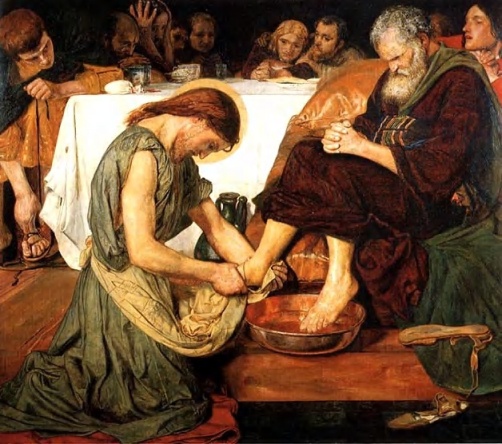 Within the post-conciliar maelstrom of theological debate concerning the Catholic priesthood, two general positions eventually crystallized.  The first is a social-functional view which understands priesthood primarily as a service performed for the community through carrying out a function of the Church in its social dimension.  The second is a sacramental-ontological view that emphasizes priesthood as rooted in the ordained man’s being which is determined though the gift of a sacrament bestowed by Christ through the Church.

A 2006 study by Dean R. Hoge entitled “Experiences of Priests Ordained Five to Nine Years” uses a similar division of the “servant-leader” and “cultic” models of the priesthood.  It notes a shift in those recently ordained toward a favoring of the cultic model.  For example, whereas 63% of the diocesan priests studied in a similar 1990 study agreed somewhat or strongly that ordination gives a priest a “new status . . . essentially different from the laity” by 2005, 89% of recently ordained priests agreed with that statement.

Depending on whom you ask, that may be good news or bad news.   END_OF_DOCUMENT_TOKEN_TO_BE_REPLACED