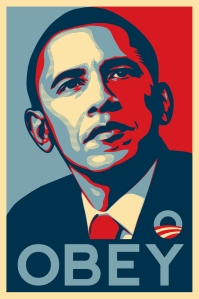 The men and women working for the Obama White House are not stupid people.  In fact, the billion-dollar Obama political machine is perhaps the most impressive such operation in American political history.  Why then, I’ve heard many people asking, would this Administration choose to go to “war”—to use the word of Health and Human Services Secretary Kathleen Sebelius —with the Catholic Church, in an election year no less?  Why, furthermore, has the Administration’s response to Catholic objections to its new contraception rules ranged from the obtuse to the insulting?

Ducking reporters’ questions on the subject, White House Press Secretary Jay Carney read from a prepared statement with all the sincerity of a North Korean news anchor before refusing to answer questions about the penalties Catholic institutions will face when they refuse to supply free contraceptives to employees.  And the Administration trotted out talking points on the White House blog that are blatantly mendacious even by the standards of today’s politics.

People of faith, and even fair-minded secular opinion-makers, have seen through the pretense that this front in the White House’s war is really about contraception.  Indeed, one of the positive outcomes of this controversy has been the unity it has produced, not just within the Catholic Church but also among believers who do not share the Church’s beliefs on contraception—or just about anything else.  The liberal columnist Sean Michael Winters issued an interesting proposal for our cardinals to engage in civil disobedience.  Prominent Protestant and Jewish leaders have also objected to the Administration’s power grab, and the nation’s Orthodox bishops voted unanimously to “join their voices with the United States Conference of Catholic Bishops” in “adamantly protest[ing]” the Administration’s new rules.

END_OF_DOCUMENT_TOKEN_TO_BE_REPLACED

Catholics and abortion: The question of priorities (Part II)

Last week, I argued that how Catholics respond to attacks on the lives of the unborn tests whether or not we believe the Lord’s words in Matthew 25.  My comments were in response to the question of whether it is appropriate for American Catholics to prioritize the issue of abortion to the degree that they have.  In today’s post, I will argue that for practical, as well as theological, reasons, it is right for Catholics to make abortion issue number one.

While opposition to abortion has been a part of Christian teaching since the Church first encountered the practice in the pagan world—as seen in the Didache, possibly the earliest non-Biblical source of Christian moral teaching, which states explicitly, “You shall not kill by abortion the fruit of the womb”—the pro-life movement is by no means limited to Catholics, or even Christians.

The basic ethical insight I discussed in last week’s post—that human dignity does not depend on a person’s utility or how we feel about that person—has been adopted as the foundation of our modern system of human rights.  In the Declaration of Independence, Thomas Jefferson—no lover of orthodox Christianity—declared the right to life to be “self-evident” and “unalienable” because it is derived directly from the Creator.

In this foundational insight, American ideals and Catholic social thought overlap, so it is appropriate that American Catholics have shown particular leadership on the right to life issue.  As one prominent American archbishop put it, abortion is “the preeminent civil rights issue of our day.”  Some, however, such as Commonweal’s George Dennis O’Brien or Newsweek’s Lisa Miller have lambasted bishops who have taken such a stand, often insinuating that they are either gullible Republican dupes or scheming partisans themselves.

END_OF_DOCUMENT_TOKEN_TO_BE_REPLACED

The observations of O’Brien and Bottum raise two related questions:  first, should opposition to abortion be treated as constitutive of Catholic identity?  Is it really that central to our faith?  Second, should Catholics make abortion issue number one politically?  Should it be prioritized above other issues?  I’ll look at the first, more theological question, today and the second in two posts to follow. END_OF_DOCUMENT_TOKEN_TO_BE_REPLACED

Why Bart Stupak did a better job than people think

As I write this I’m watching Mrs. Bart Stupak praise her husband at the press conference where he will announce his retirement from Congress.  In the discussion that followed my posting on health care reform, I praised Rep. Stupak for his fight to keep abortion funding out of the health care bill then under debate in the U.S. House of Representatives.

Since then Rep. Stupak has received a lot of criticism for voting for the health bill in exchange for Pres. Obama signing an executive order intended to preserve current restrictions on federal abortion funding.  Some of this criticism has been unfair; I don’t think we should stone Stupak. END_OF_DOCUMENT_TOKEN_TO_BE_REPLACED

There once was an island in the Mediterranean Sea, small and poor and far from here.  The island had no oil and no gold deposits, and despite its fair climate held little interest for tourists.  It had been overlooked by the European Union.

The island was suffering from the global economic downturn; unemployment was up and the people were restive.  But the king of our island was young and optimistic (and good-looking), and he was determined that our far away island’s best days should still lie ahead.

Bartolomeo Amabo, for that was the king’s name, had ascertained that at the root of all the island’s problems was its antiquated health care system.  Life expectancy was down and infant mortality was up.  Hospitals in the capital and largest city, Notgnishaw, were still using X-ray machines they had salvaged from torpedoed British navy supply ships at the end of World War II.