Homily for the 32nd Sunday in Ordinary Time, Year A 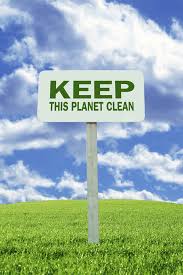 The Church has traditionally dedicated November to reflection on the mystery of the Communion of Saints and its related practices, especially prayer for the “poor souls” in purgatory.  The value of praying for the dead souls and to the dead saints, once obvious to most Christians, is perhaps now a little more obscure.  And it requires a special effort on our part to reclaim it.  The first reading today, however, reassures us that “Wisdom … is readily perceived by those who love her and found by those who seek her.”

Our general insensitivity to the dead probably owes much to the extreme “presentism” of our lifestyles: that is, technological shifts and mobility have made it difficult to feel the influence of the past upon the present, or of the dead upon the living.  We do not generally practice, for instance, the profession of our parents and grandparents (and do not, therefore, depend concretely on them for skills and wisdom); as a rule, we no longer live and die on an ancestral plot, decorated with family tombs and cultivated by the industry of past generations; libraries and the internet have replaced “elders” as the sources of information about the past.  American mythology, moreover, tends to praise “self-made men”—cowboys who have “gone West” to lose their past, business tycoons who have gone “from rags to riches.”  Though it still makes sense to us to respect our forebears while they are alive, death seems to cut off all traffic between us and them.  Everything in our culture, in other words, reinforces the idea that we neither receive any special help from the dead nor owe them any special gratitude.

This stands in stark contrast, of course, to the great anxiety that the Thessalonians felt for their fellow Christians who had died.  The Thessalonians feared that their beloved dead, since they died before Christ’s return, were ineligible for a full share glory that Christ promised to bestow at His second coming.  Paul hastens to reassure them that “those who survive until his coming will in no way have any advantage over those who have fallen asleep.”  More importantly, Paul bases his reassurance on something that has not changed from Paul’s day to ours: Christ, who is the same yesterday, today, and forever.  In fact, “Those who have died in Christ will rise first,” teaches Paul.

“Died in Christ.”  How deep these few words are!  For if we, the baptized, live in Christ, and if generations past have died in Christ, then we (the living) and they (the dead) are, in a certain sense, in the same “place.”  We are all—the living, the poor souls, and triumphant saints—in Christ.  Christ is the medium of our contact.  This suggests itself as the true meaning of Paul’s often misinterpreted prediction that “the survivors will be caught up with [those who have died in Christ] in the clouds to meet the Lord in the air.”  This is not a prediction of the rapture.  “Air” (ἀήρ) is used in the New Testament to designate a sphere of personal, spiritual influence—whether Satan’s (cf. Eph 2:2) or God’s.  Paul is saying, however, that as long as the living and the dead are in the same “place,” breathing the same “air,” then they can meet and influence each other.

It is in this image of a common atmosphere that we find a point of contact with contemporary culture–and a challenge.  As it turns out, Paul presents the communion of saints as a spiritual ecosystem.  All Christians, whether separated by death or simply by geography and culture, breathe the air of Christ.  And all our free decisions either pollute or purify this atmosphere.  “In this solidarity with all men, living or dead, which is founded on the communion of saints, the least of our acts done in charity redounds to the profit of all. Every sin harms this communion” (CCC 953).  Or, as Pope Benedict puts it in Spe Salvi, “No one lives alone. No one sins alone. No one is saved alone. The lives of others continually spill over into mine…” (§48).

This entry was posted on Saturday, November 5th, 2011 at 5:37 pm and is filed under Society of Jesus (Jesuits). You can follow any responses to this entry through the RSS 2.0 feed. You can leave a response, or trackback from your own site.

One Response to Homily for the 32nd Sunday in Ordinary Time, Year A