An Easter Greeting for Friedrich Nietzsche 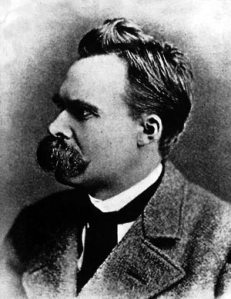 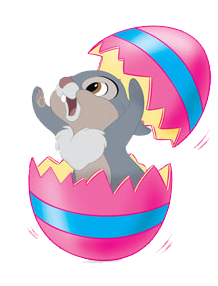 I’ve been taking a Nietzsche course this semester and enjoying it immensely.  Don’t get me wrong:  Nietzsche and I are on opposite sides of the question of God’s vitality, and a few other things besides.  But it’s refreshing to have an opponent of Nietzsche’s caliber; next to him, today’s neo-atheists look like so many prattling dwarves.  An account of Christianity that can stand up to Nietzsche is a robust account indeed.

The rest of the story by now is probably familiar to you:  indebtedness becomes wrapped up in guilt and fear, and poor little man ends up cowering before the Judeo-Christian God, conscious of an infinite indebtedness he can never repay.  And then along comes Jesus to pay the debt for us, but, oh no!  What’s this?  Jesus’ attempt to repay the debt only leaves man further in the hole because, well, he just killed God.  So guilt and debt and fear abide…

As is often the case, the closer one’s opponent gets to the truth, the more dangerous he becomes, and Nietzsche has latched onto language Christians sometimes use to talk about sin and Christ’s sacrifice on the Cross.  We do speak of Jesus paying our infinite debt—and if the language of credit and debt were all we had to understand what happened on Good Friday, then Christianity might indeed find itself buckling under the force of Nietzsche’s onslaught.  But Nietzsche leaves out a few important things…

You see, Christ’s payment of our debt does not leave us with a bank account of zero.  Christ cancels our debt not just by wiping out our sins and then leaving us on our own but, rather, by inviting us into his own life.

Some of the Fathers of the Church as well as the Orthodox tradition go so far as to speak of salvation as a kind of “divinization.”  If Calvary is placed within the context of Jesus becoming man to live and die with us and for us, we can begin to understand how Christ cancels our debt.  He does so by identifying with humanity so completely that there is no longer any distance between God and us.  Christ doesn’t just void the mortgage; he makes us partners in the bank.

And this dynamic explains why the fundamental challenge of Christian life is no longer the impossible task of repaying an infinite debt.  That debt has been repaid in full.  The task of the Christian is to identify completely with Christ or, more precisely, to accept his invitation into the life of communion that is the Trinity.

So rejoice and be glad, Friedrich Nietzsche!  There’s no longer any reason to brood over interest payments.  Christ is for us and with us, and now he is risen too!  Alleluia!

This entry was posted on Sunday, April 4th, 2010 at 4:57 pm and is filed under Anthony Lusvardi, atheism, Friedrich Nietzsche, Jesus, neo-atheism, philosophy, Religion, resurrection, theology. You can follow any responses to this entry through the RSS 2.0 feed. You can leave a response, or trackback from your own site.

7 Responses to An Easter Greeting for Friedrich Nietzsche